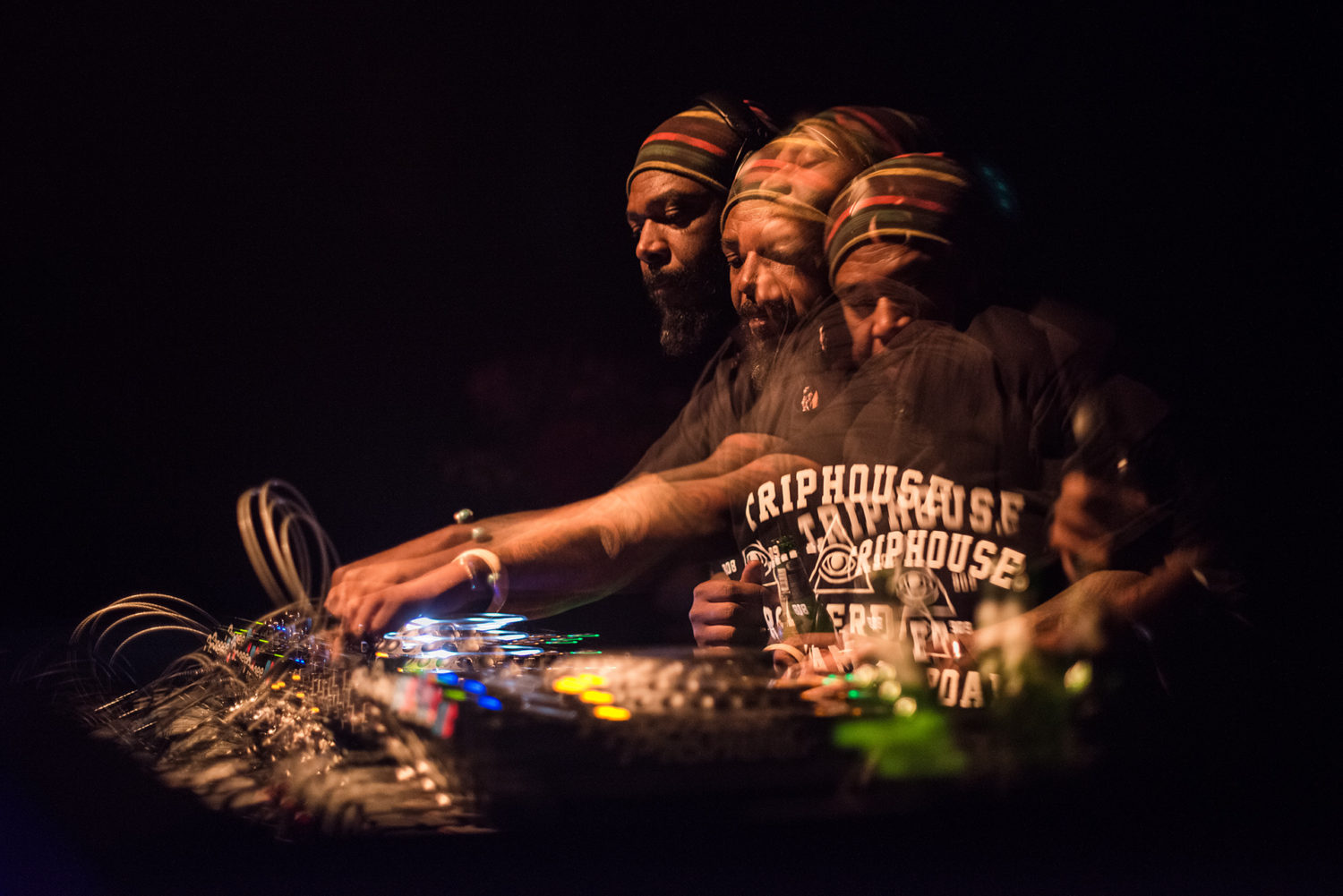 By EVERYTHiNG SOULFuL  •  4 years ago

On May 7th 2016 The BEMBE Party will be celebrating its 10 YEAR ANNIVERSARY at the Panther Room in Brooklyn New York. The brainchild of Carlos Mena and Cecil Carthen, BEMBE is has always been journey into Afro Rhythms and other spirit-filled music. Family member, frequent collaborator and Yoruba Records boss, Osunlade has put together the most appropriate mix in honor of our upcoming event. Enjoy and join us in New York! 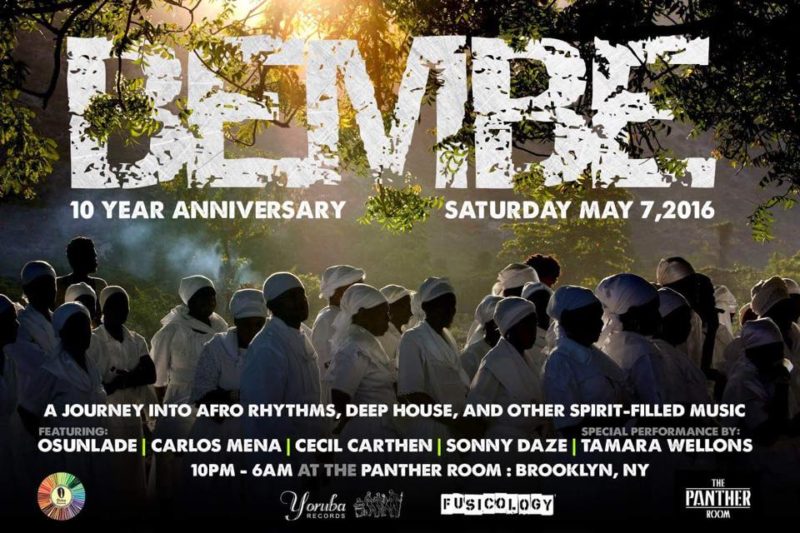 Osunlade, Cecil Carthen, Sonny Daze, Tamara Wellons, Rob Hollywood, and Carlos Mena. Celebrating 10 Years of BEMBE parties on May 7th! If you have never been to Output or the Panther Room, this is the night to come through. Nothing but vibes in the Panther Room and Danny Tenaglia + DJ Three for Vinyl Reunion in Output!! What?!
Earlybird tickets here: ticketf.ly/1RCuYtF 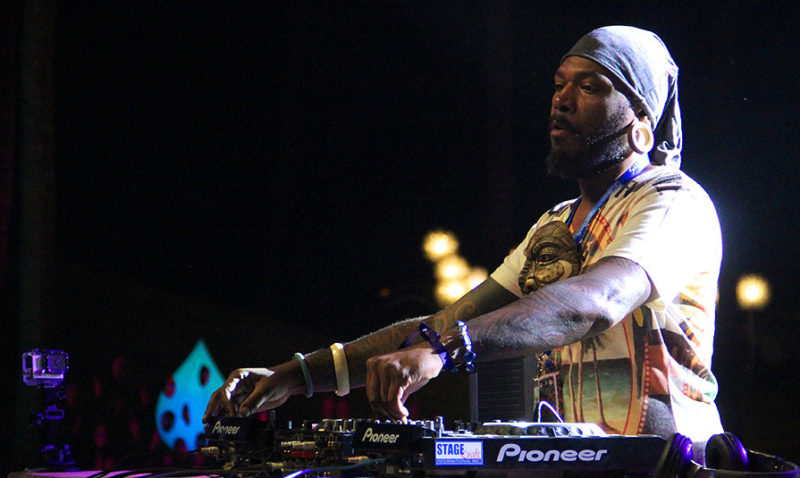 Osunlade is an artist who personifies art. His music as well as his being creates unified melodies manifested with balance, life and wisdom. Hailing from St. Louis Missouri, a place known for pioneering blues, ragtime and jazz as well. At age seven Osunlade discovered the piano and the vision of his life’s destiny was born. By the age twelve he found an interest in creating song. He later formed local bands, taught himself several instruments and studied further the development of his craft.

His professional journey began in 1988, at age seventeen during a visit to Hollywood. He quickly caught the ear of choreographer/performer Toni “Mickey” Basil. Offering him a role in the development of musical pieces for several  projects including the children’s television series Sesame Street. With her encouragement he quickly moved to Los Angeles and began what would become a long history of music production. A few years later he would produce the very first album for the then independent Interscope Records. The artist was Gerardo, a long time friend and aspiring actor/dancer. “Rico Suave” one of the very first Latin pop songs and novelty catch phrases to date was born. Now with a multi-platinum album and four gold singles to his name, it wasn’t long before he was afforded many opportunities to master his craft.

Within the next years and over twenty albums credited, Osunlade felt the pressures and practices of the music business overshadowed his passion of music. He deciding to no longer work under the influences of corporate ideals and demands. Choosing to find spiritual solace and honor his soul, he was led to Ifa, an ancestral based culture/religion based on nature, deriving from the Yoruba tribes of Africa and practiced by the slaves during the Diaspora to America.

In 1999, Osunlade would embark on what is now his dream come true. The founding of Yoruba Records. Recognized as one of the most important dance music labels worldwide, Yoruba Records is purely a source of music created to elevate the soul.

As the success of the label grew, so did the demand for Osunlade to expand. In 2001 he released his debut album on the respected Soul Jazz Records label. “Paradigm” quickly became on of the biggest house albums that year and dubbed him the messiah of ancestral house music. With the support of dj’s worldwide and his music now introduced to a wider spectrum of listeners, this veteran musician/composer/producer becoming the artist finally achieved balance within.

Now known for his legendary dj sets, remixes and albums including several mix cd’s, Osunlade has placed himself on solid ground maintaining his reputation of unparalleled quality in music.

We are a lifestyle blog based in New York City. This space has been created to elevate your spirit with a focus on health and wellness. Our passion is to awaken your creativity, inspire you to dig deeper and become more connected with the universe and each other by way of everything soulful. 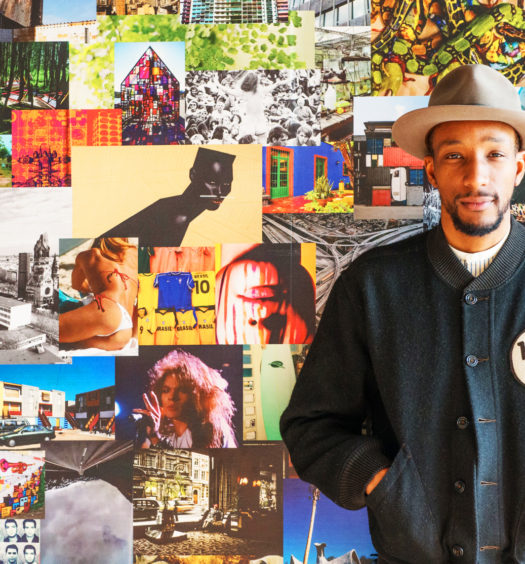 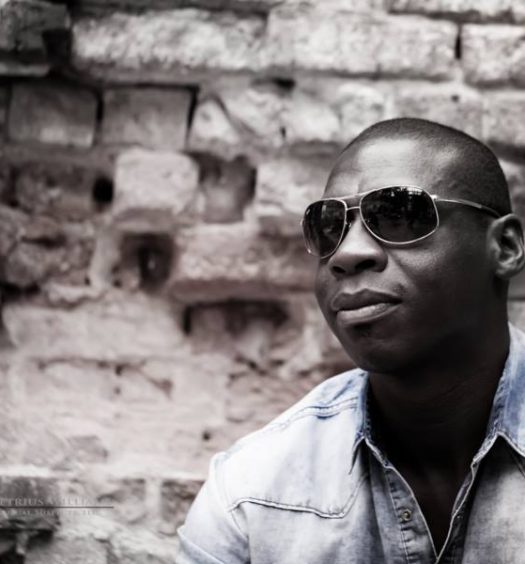 By EVERYTHiNG SOULFuL  •  DOCUMENTARY 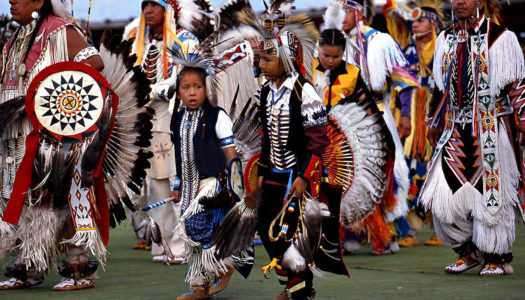 This new world, that Columbus found, was in fact a very ancient place and the people he called “Indios” had lived upon the continent for thousands of years. Their ancestors …
END_OF_DOCUMENT_TOKEN_TO_BE_REPLACED

In Time of The Butterflies: The Mirabal Sisters

By EVERYTHiNG SOULFuL  •  DOCUMENTARY 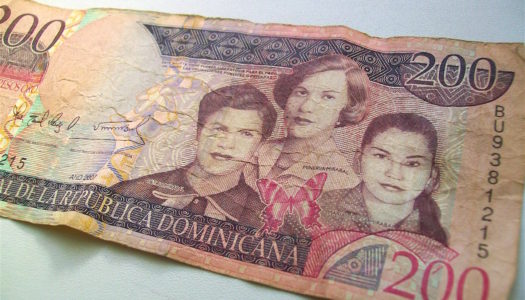 “Si me matan…Yo sacaré mis brazos de la tumba y seré mas fuerte” “If they kill me… I’ll reach my arms out through my tomb and I’ll be even stronger.” …
END_OF_DOCUMENT_TOKEN_TO_BE_REPLACED 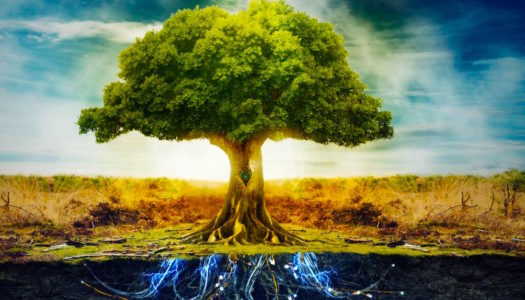 We will have our EVERYTHiNG SOULFuL Pop-Up Shop at this event. Come gather with us for a day of celebration and gratitude for those who light our path and strengthen …
END_OF_DOCUMENT_TOKEN_TO_BE_REPLACED 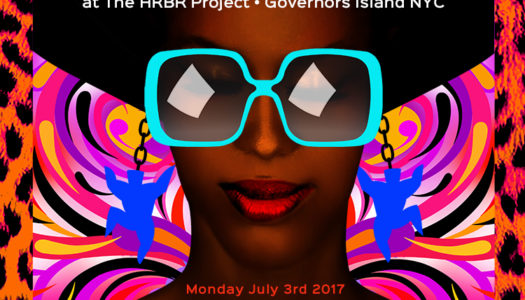 Body & SOUL is teaming with RPM Presents and Schimanski for a fabulous 21st anniversary celebration right on the NYC harbor, facing the Statue of Liberty! All ages and vibes …
END_OF_DOCUMENT_TOKEN_TO_BE_REPLACED 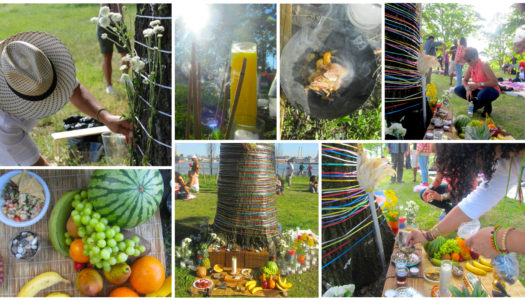 Come gather with us for a day of celebration and gratitude for those who light our path and strengthen our souls. We will be paying homage through music, dance and …
END_OF_DOCUMENT_TOKEN_TO_BE_REPLACED

By EVERYTHiNG SOULFuL  •  Concert 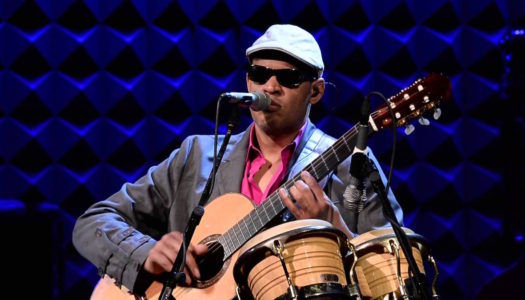 “A one-man band who turns a guitar into an orchestra and his voice into a chorus.” — The New York Times

By EVERYTHiNG SOULFuL  •  Concert 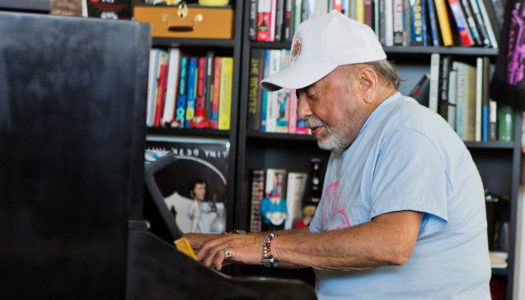 Eddie Palmieri is that once-in-a-lifetime musician, bandleader, composer and arranger. An icon for both modern and Latin jazz, he continues to break tradition and innovate within many musical styles, including …
END_OF_DOCUMENT_TOKEN_TO_BE_REPLACED 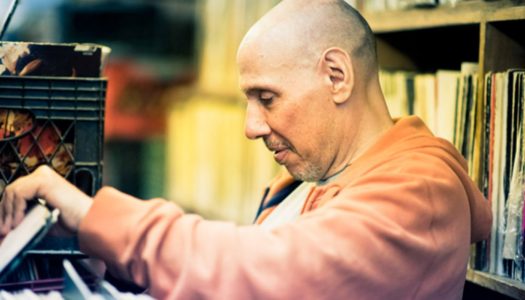 When telling the story of the history of dance music in New York City, DJ and Producer, Nicky Siano deserves several of his own chapters. As the founder and resident …
END_OF_DOCUMENT_TOKEN_TO_BE_REPLACED 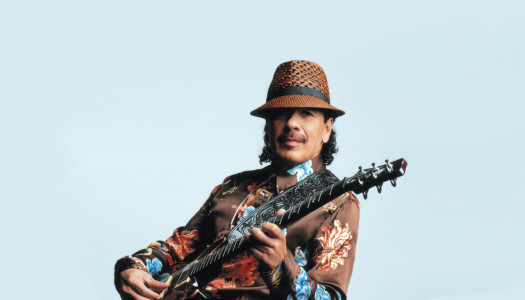 “The most valuable possession you can own is an open heart; the most powerful weapon you can be is an instrument of peace.” ― Carlos Santana