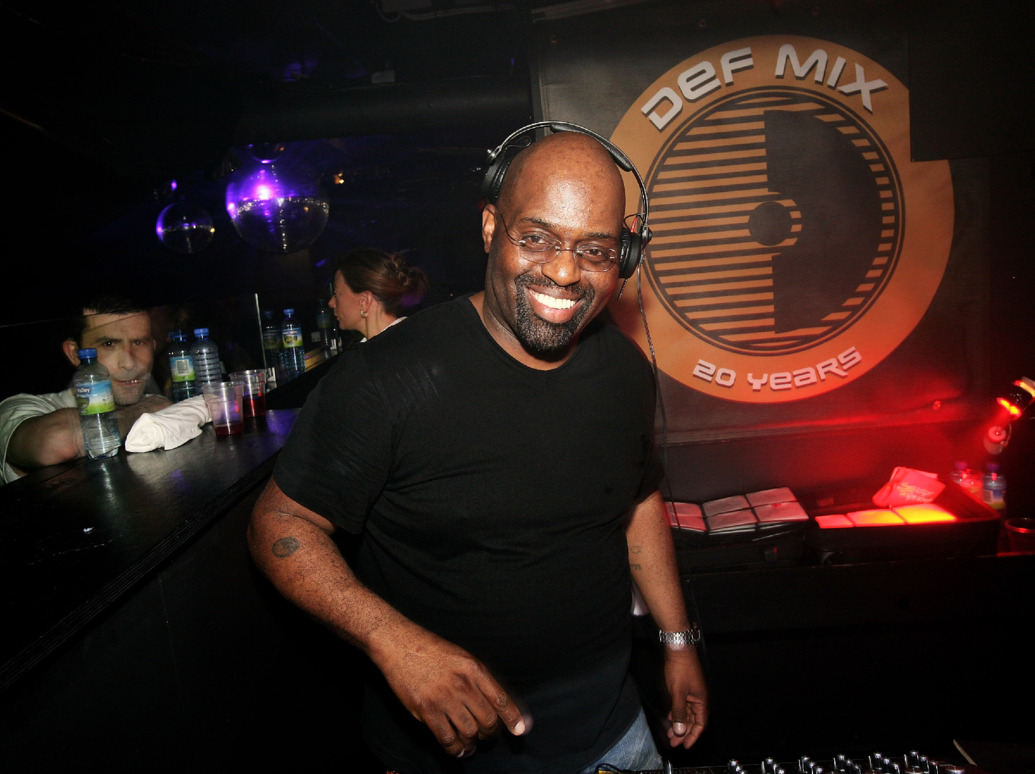 Unsung: Frankie Knuckles and The Roots of House Music

TV One’s docuseries takes an ambitious approach to telling the larger story of this unheralded black musical genre from the South Side of Chicago and the man who fostered it.

The following is an article written by: BY: RONDA RACHA PENRICE
Posted: November 30, 2016 right before this aired.

TV One’s Unsung: Frankie Knuckles and the Roots of House is an unexpected surprise. Unlike previous Unsung episodes, this one is extremely ambitious. Using Frankie Knuckles—the universally recognized “Godfather of House Music” who is perhaps best known for “The Whistle Song”—as its anchor, Unsung dares to tell the larger story of this unheralded black musical genre from the South Side of Chicago. It’s a challenging undertaking that hits both highs and lows.

Frankie Knuckles fans will, of course, be pleased to see the beloved music leader finally get some mainstream acknowledgment. They will no doubt appreciate the brief backstory of his journey during the era of New York City’s Paradise Garage, where he delighted crowds along with fellow DJ and friend Larry Levan (who is overdue for an Unsung of his own), to Chicago’s legendary Warehouse, widely recognized as the birthplace of house music. Fans might, however, wince at how the larger story of house music’s creation overshadows Knuckles himself. 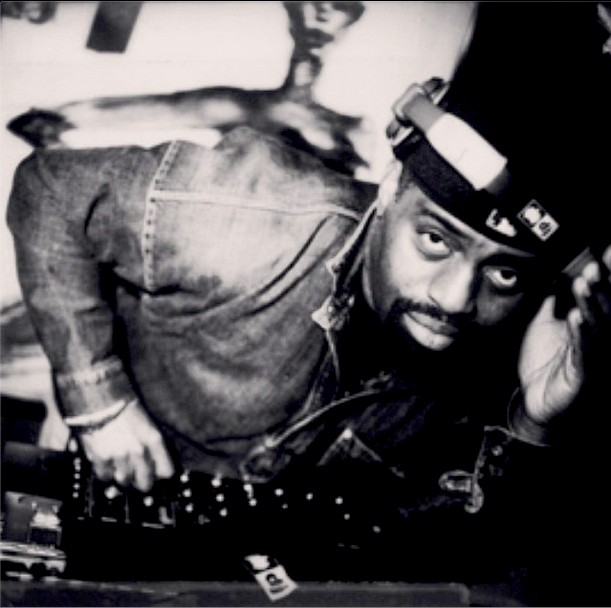 Homegrown Chicago house heads might have a different take. Most will be delighted, of course, that the soundtrack of their youth is finally getting some national love, while younger house devotees should appreciate the history lesson.  Chicago house is definitely represented through Jesse Saunders, Wayne Williams, Steve “Silk” Hurley, Marshall Jefferson, Jamie Principle, Alan King and Farley “Jackmaster” Funk, who are unknown to most outside the Windy City and house circles but widely revered.

Saunders, Williams and King are part of the crew that hosts perhaps the largest annual gathering of black house heads, the Chosen Few Picnic, held every July 4 weekend. Rain or shine, it attracts black house lovers in the range of 50,000 and has been percolating for over 25 years now.

This Unsung is a primer for sure, highlighting house music’s disco roots and tracking some of its major breakthroughs, like Saunders’ “On and On,” Principle’s “Your Love,” Larry “Mr. Fingers” Heard’s “Can You Feel It?”, Hurley’s “Jack Your Body” and, of course, the house music anthem, Jefferson’s “Move Your Body.” DJs will appreciate the brief insight into how these cuts were created from a technical perspective, while others will respond to the broader inspirational narratives.

The black LGBT community might breathe a collective sigh of “finally” after seeing their enormous contributions officially acknowledged, since they were among the first to believe in this transcendent genre. Other viewers may find it eye-opening that so many straight black people are lifelong house heads. Hopefully, the beauty of seeing straight and gay members of the black community partying in harmony will also resonate.

House music is not techno or EDM, with which it is often confused, and that point is made loud and clear.

“House music is love. House music is a sound and it’s a spirit,” offers house pioneer Wayne Williams. It is unequivocally black music and, like hip-hop, also began developing in the late 1970s, coming of age in the 1980s and 1990s. Both also owe a debt to disco and soul music. Surprisingly, house, like hip-hop, was largely male-driven. Today, both are revered globally; one is just more visibly mainstream.

Few can deny that, when it comes to house music, Frankie Knuckles was one of the big reasons house became so infectious in Chicago, and he was among its earlier champions. “He’s the greatest part of our genre. He’s the one that we get all our inspiration from,” according to Saunders. 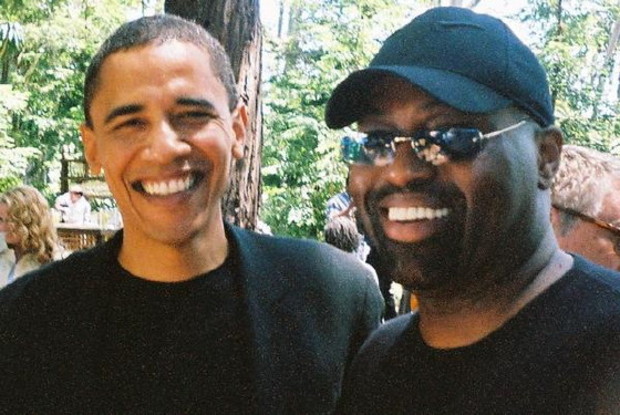 To Unsung’s credit, we do see the late, great Frankie Knuckles, primarily through a 2012 interview. We also know that our outgoing president, Barack Obama, was among his many fans, even using his clout as a senator and later president to support Knuckles and house music in general. Is there enough of Frankie Knuckles for his many fans? Absolutely not. His death in 2014 reached far and wide, yet it’s hard to fathom that Frankie Knuckles fans will feel that this Unsung pays his passing enough reverence.

On the flip side, Chicago house music fans will call foul and note that not enough attention is given to the genre and that many, many folks, like Chicago native and Frankie Knuckles peer Ron Hardy, are left out. Also not enough time is dedicated to how so many, including Knuckles himself, were robbed many times over as they gave all they had to this music they loved so much without achieving much financial success.

By Unsung’s conclusion, what so many of house music’s most loyal followers have known forever should be abundantly clear: House is more than deserving of books, docuseries and documentaries. For now, however, Frankie Knuckles is once again the gateway.

“Frankie took you on a journey,” says Frederick Dunson, executive director of the Frankie Knuckles Foundation. And, nearly 40 years later, even in death, he still hasn’t stopped leading the way. 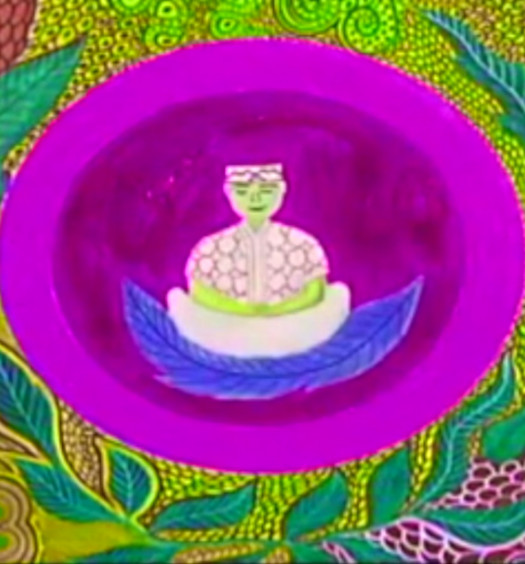 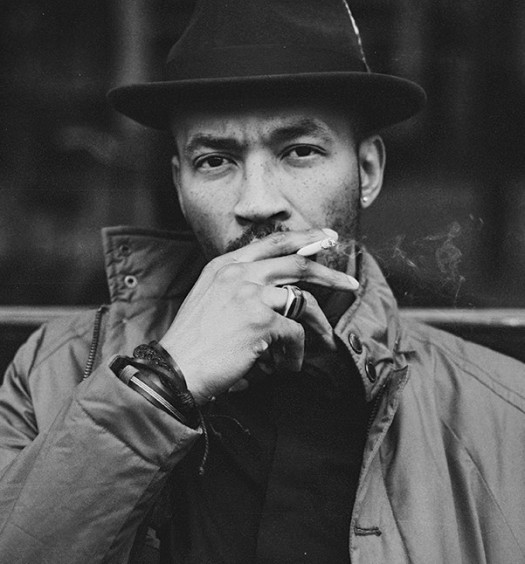 ELEGUÁ Owner of the Crossroads Eleguá (also spelled Eleggua, Elewa, Exu, Eshu, Elegba or Legba) is the orisha (deity) of the crossroads, doorways and gates.  He is called upon first before communicating with the orishas as he guards the veil between …
END_OF_DOCUMENT_TOKEN_TO_BE_REPLACED

Crystals are ‘sentient beings’ and can assist with healing and answers to questions you may have. Think of them like plants some people are very connected to trees and plants because …
END_OF_DOCUMENT_TOKEN_TO_BE_REPLACED

Lemongrass Is highly recommended for times when the emotions are embedded in misery and in need to overcome it.  It’s strong anti-depressant properties can always be relied upon to improve …
END_OF_DOCUMENT_TOKEN_TO_BE_REPLACED

The soul that yearns to blossom into fullness cannot thrive when it is held back in fear. Have faith in yourself and what must be. Dedicate yourself to what you …
END_OF_DOCUMENT_TOKEN_TO_BE_REPLACED

Although having your outer sanctuary is valuable, there is also an inner sanctuary that is always available and accessible to you no matter where you are or what you’re doing. …
END_OF_DOCUMENT_TOKEN_TO_BE_REPLACED

UNLEASH THE WILD WITHIN Let your wild side up and out!  Unleash your talents and your desires. …
END_OF_DOCUMENT_TOKEN_TO_BE_REPLACED

SweetGrass is the sacred hair of Mother Earth; its sweet aroma reminds people of the gentleness, love and kindness she has for the people; this is why Native people pick …
END_OF_DOCUMENT_TOKEN_TO_BE_REPLACED

Who loves that heavy, bloated feeling that often comes after one too many trips to the chip bowl?!  Here is a much better alternative – homemade veggie chips that you …
END_OF_DOCUMENT_TOKEN_TO_BE_REPLACED